My alt-ACW project gets some reinforcements with this regiment of Perry Brothers British infantry from their British Intervention Force range. 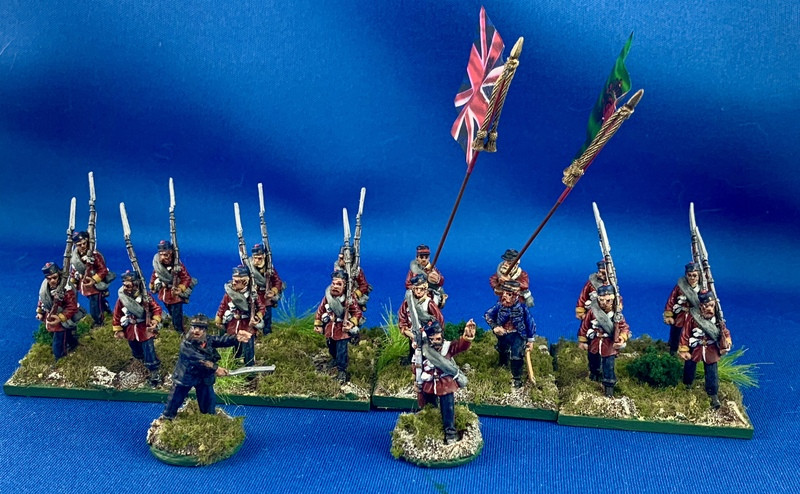 The figures are Perry codes and BIF 16 Line Infantry Marching Campaign Dress Plain Frock Coats and Kilmarnicks and BIF 15 Line Infanry Command Marching, Campaign Dress and Kilmarnocks.  I’m sure eventually I’ll add some flashy types like Guards and Highlanders but I want the bulk of the force to plain warriors for the working day. 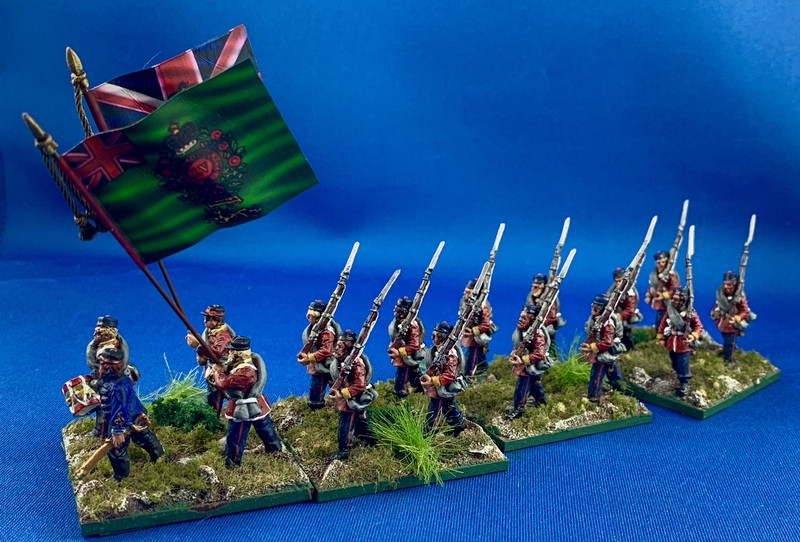 Once again I went with flags by Adolfo Ramos,which are certainly worth the money if you can afford them and don’t mind the long wait from Spain.  As my friend James says, it’s “Faces, Bases and Flags”.  The flags are of the British 55th Regiment of Adolfo’s Crimean War range, which is close enough for government work. 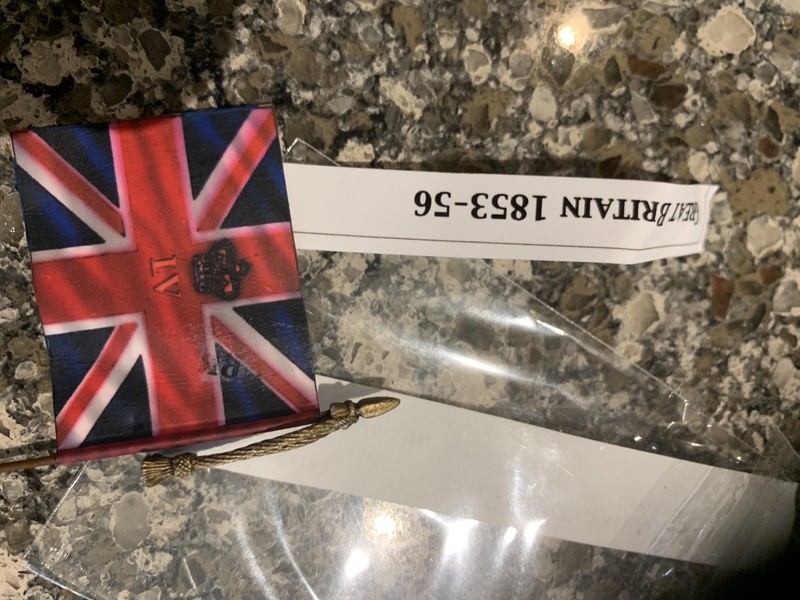 Unfortunately the national colour was in contact with the paper strip that Adolfo had included in the package and there was some bleeding from the printer ink, which I tried to fix free hand as you can see in the photo below.  No harm no foul, I am a happy customer of Adolfo’s. 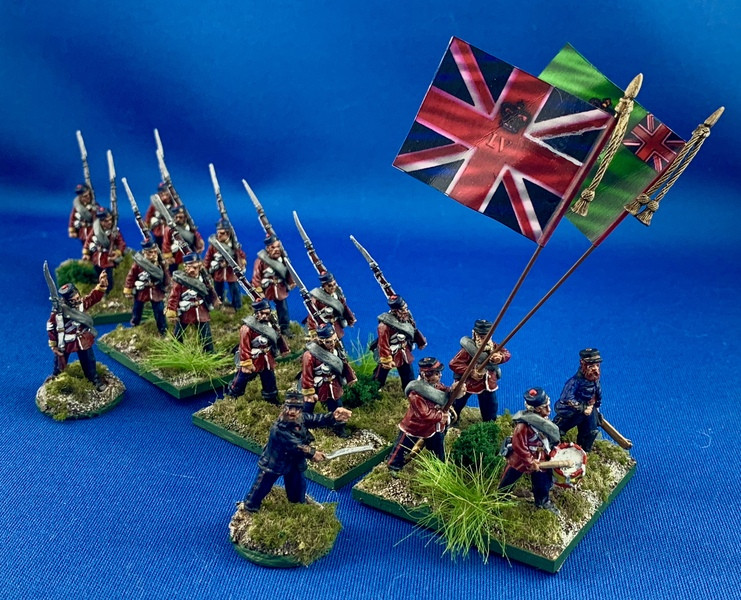 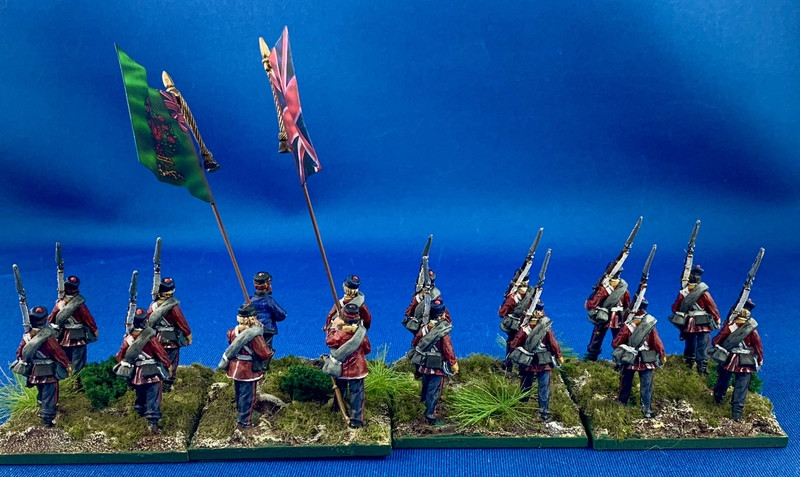 A sergeant and an officer separately based for Sharpe Practice. 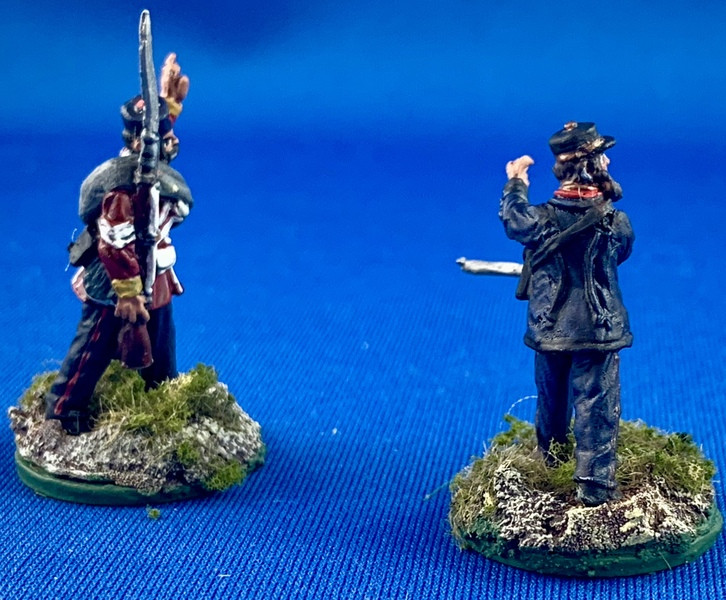 “Steady, my good fellows!  Sojers of the Queen ain’t afraid of no Americans!" 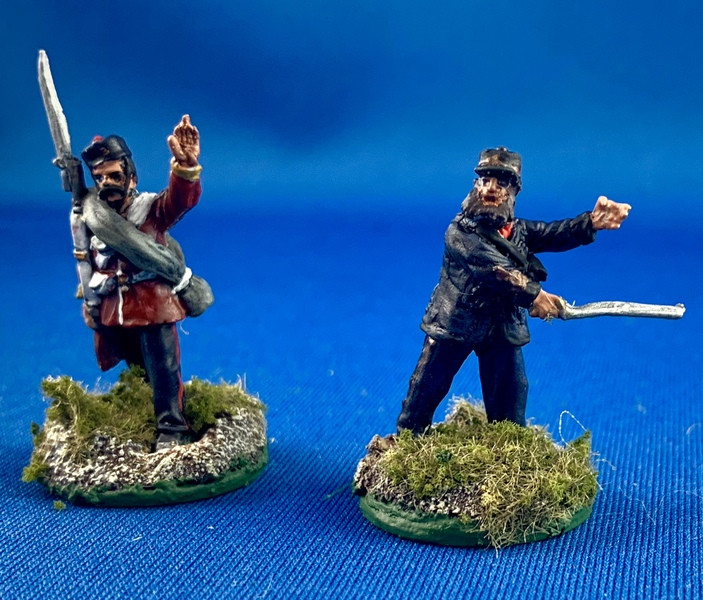 Next in the pipeline in this project are some British artillery and Canadian militia cavalry.  It’s a long haul project but interesting figures and is teaching me a little bit about Britiain’s mid-Victorian Army.