Last year I was reading Sidney Roundwood's stonkingly good blog, which is mostly dedicated to First World War gaming in 28mm, and came across his AAR of a battle which had a role for a British army chaplain, a fictional fellow called "Capstan Charlie" based on the famous padre of that war known affectionatey by his troops as "Woodbine Willie". For Capstan Charlie, Sid used a Great War Miniatures figure which comes in a set of personality figures including a Tommy kicking a football into the attack, a motorcycle dispatch rider, a sniper, etc. I bought this pack and could feel it's gentle tug at my sleeve to start a Great War skirmish collection. Thus far I have resisted the tug. However, I did paint the padre figure, since I collect chaplain miniatures, of which there are damned few.

Here's the finished product. I've based him as a display piece, using a surplus Games Workshop round plastic base, and he will adorn my desk at work in the new year. The painting isn't as good as Sid's but I'm happy with the way the face has turned out. It was the first time I've painted a figure wearing glasses. 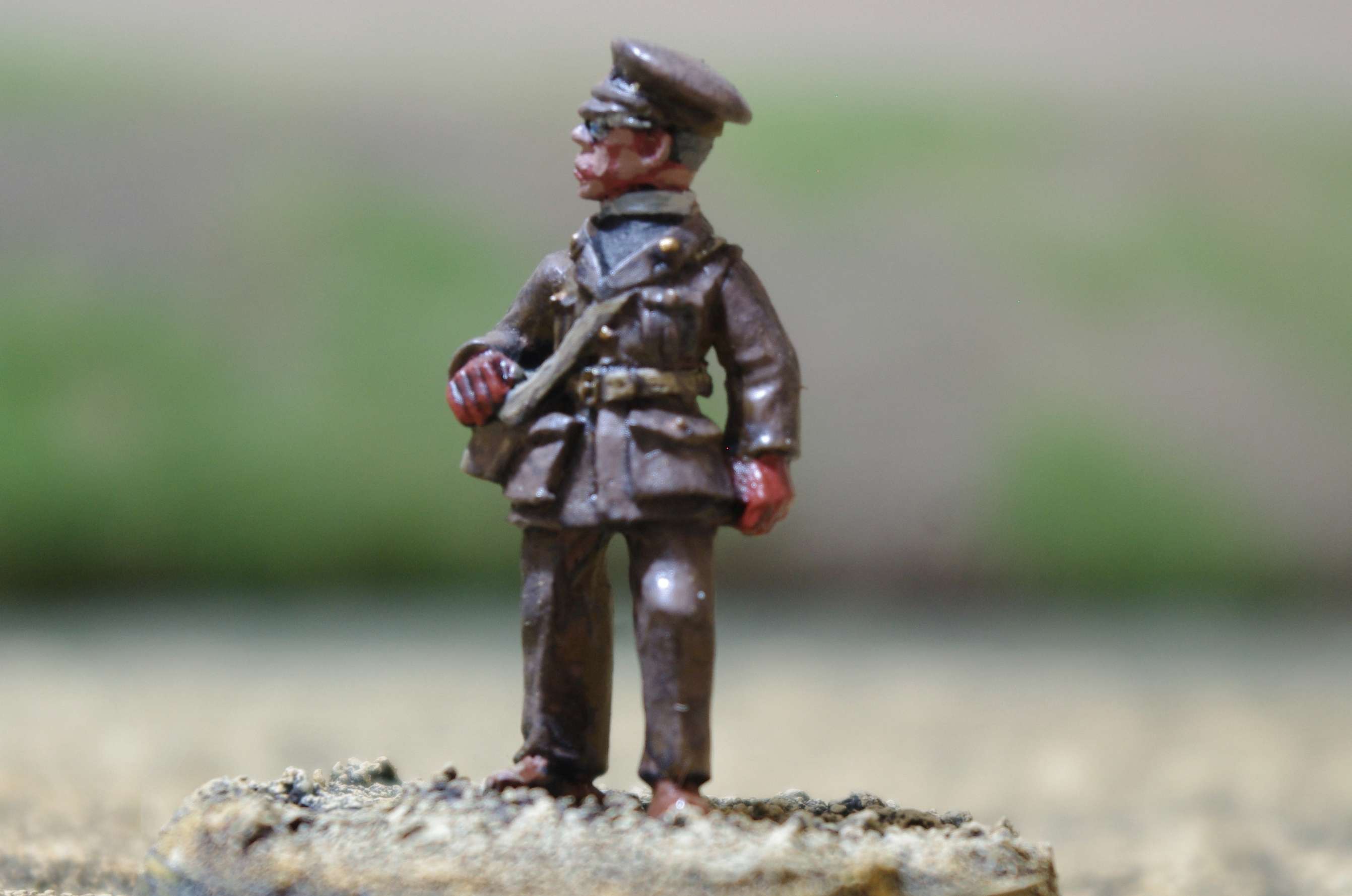 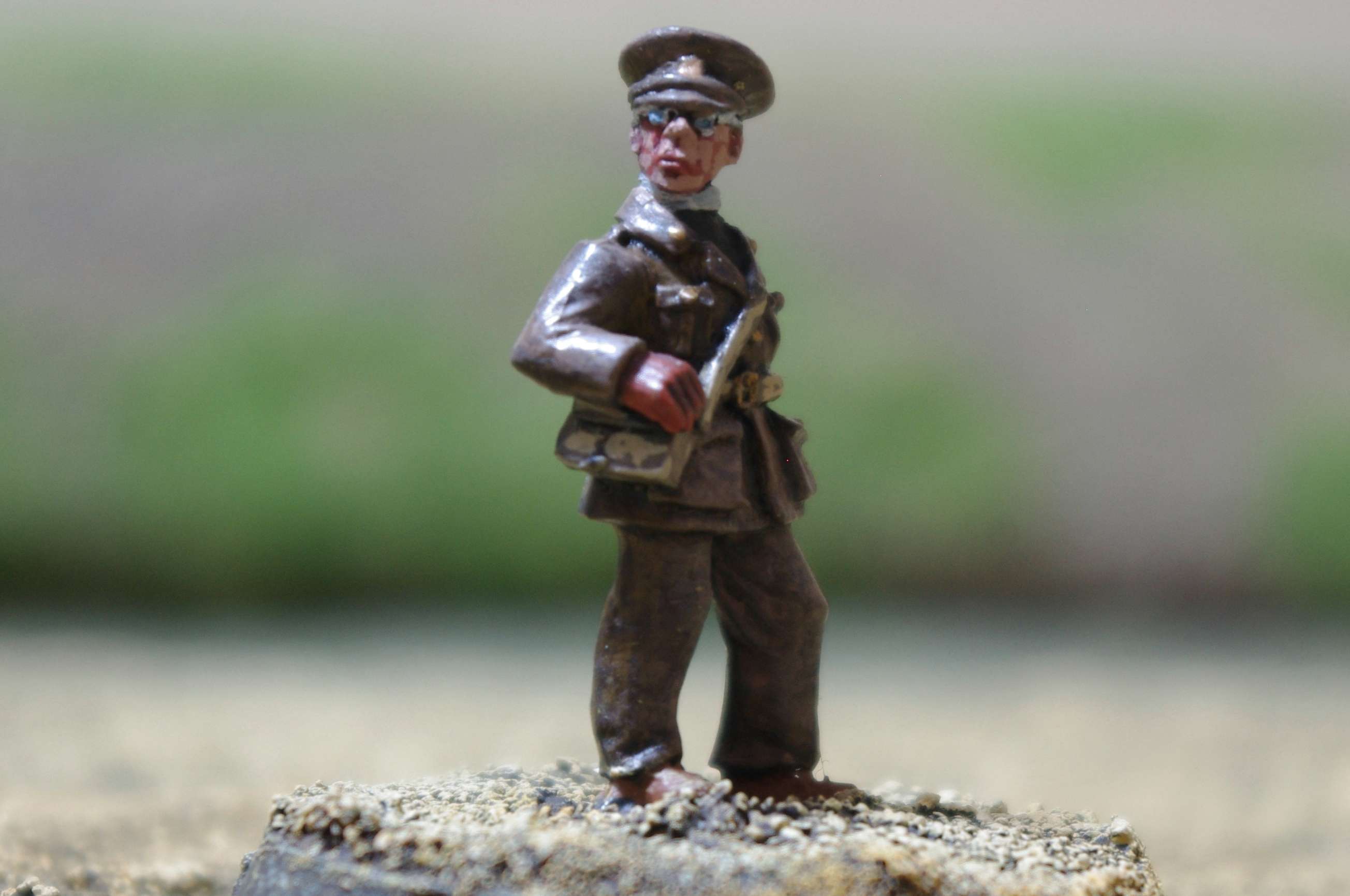 The two pictures above were taken using Mrs. Padre's expensive SLR camera, and I haven't really figured out the macro settings to my satisfaction, so this next picture is taken using an HD app I bought for my iphone camera. I need to see them side by side online to decide which one I like better. 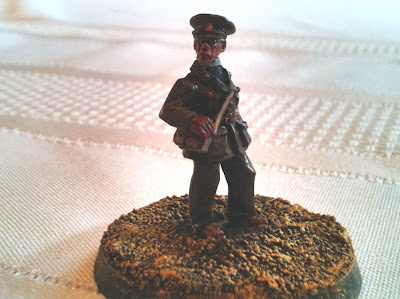 Sid tells me there is a Great War padre produced by Woodbine Miniatures / Gripping Beast, so that may be a present to myself in the future.

Thanks for looking. Blessings to your paintbrushes. MP+
Posted by Mad Padre at 7:44 AM