Here's a shot of my first squad of Games Workshop Imperial Guard figures. I'm pleased with the result, except for the GW decals on the shoulder pieces of the flak jackets, which did not take well to the final finish of Testors Dullcote that I used. Perhaps in future I'll just avoid the decals. 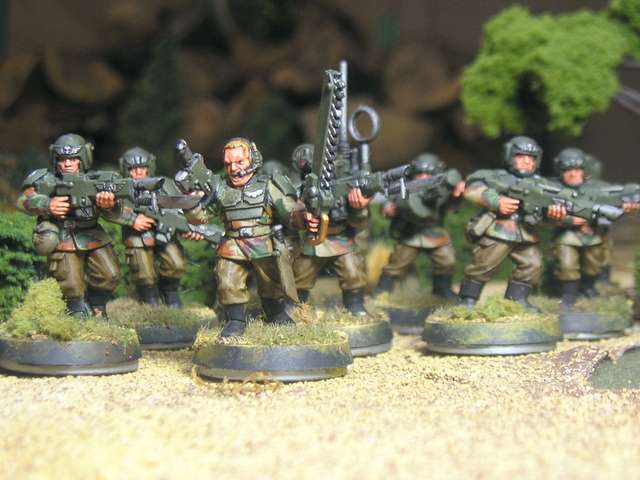 The final camp pattern, based on the British Denison parachute jump smock of WW2, turned out reasonably well. The shininess of the Vallejo paints that I was worried about didn't persist - one good result for the dullcote.

Here's the Guard sergeant with his chainsword. 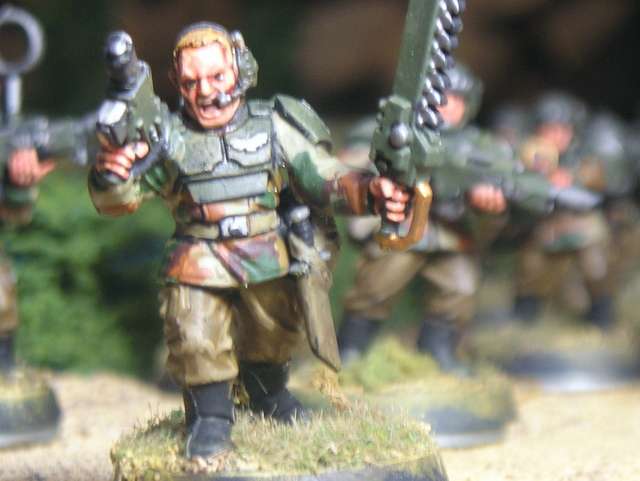 There's a command squad nearing completion on the painting desk, and a second combat squad in early days. Oh, and there may be a half complete Lehman Russ tank trundling around the basement.
Posted by Mad Padre at 2:52 AM