From my Workbench: Lord of the Rings and ACW figures

It's been three months since I've been able to sit at my workbench and and produce some painted miniatures. Finally a chance over the holidays, and here's the result. Most are from the Games Workshop Lord of the Rings line, designed by the Perry brothers (whose own lines of figures are worth a plug as well). Expensive figures in lead, relatively cheap in plastic, and gorgeous to paint.

This big fellow, the Isengard troll, was hired to bolster my Uruk-Hai army, which regularly gets demolished by my son John's dwarves. As usual, Blogspot is squashing the pics I post to the right, so click on each image to see the complete view. 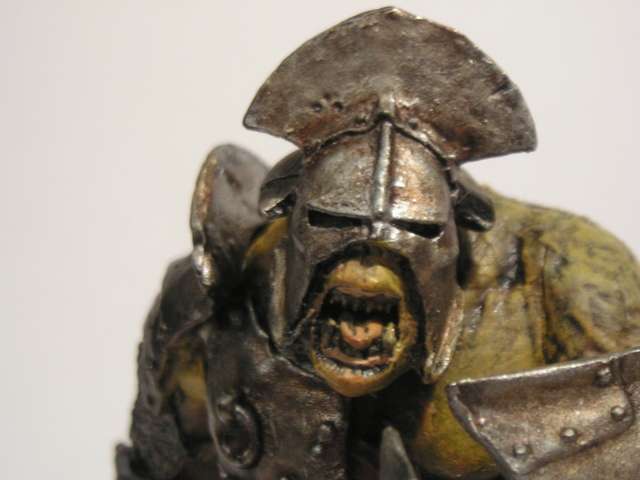 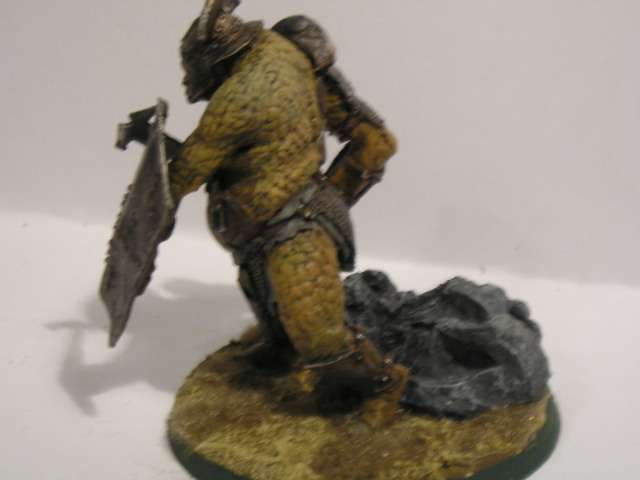 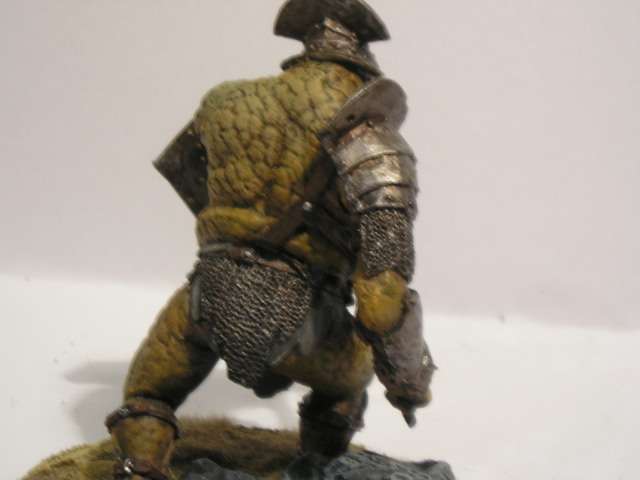 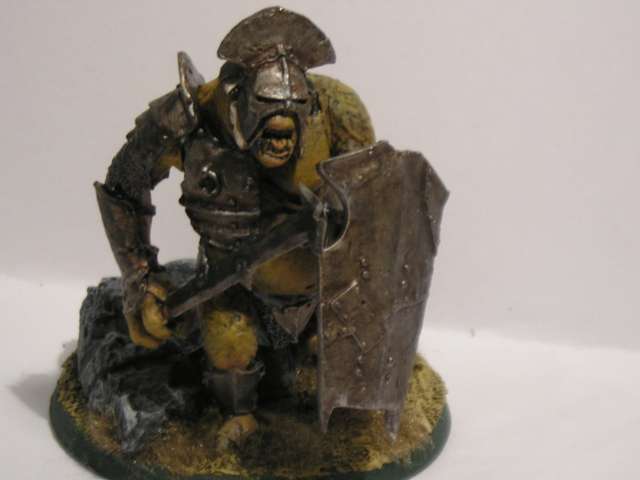 Three veteran soldiers of Minas Tirith from the Osgiliath garrison, intended to be an anchor for my Minas Tirith army, waiting to be painted. I liked the patchwork and threadbare look of these old campaigners: 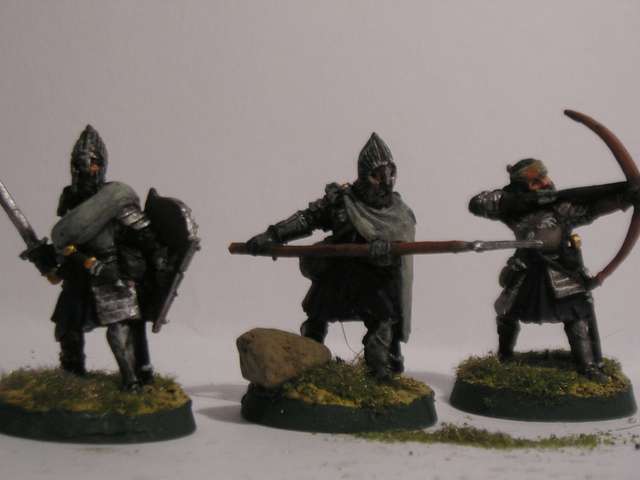 Shagrat, a dreaded and crafty captain of Mordor, He too has an army waiting to be painted to follow him into battle: 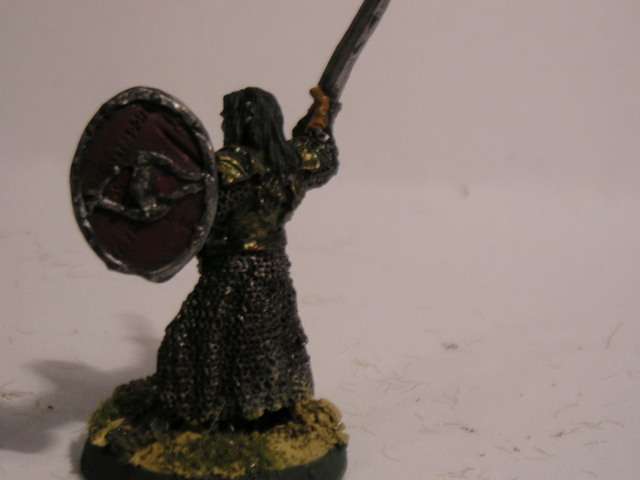 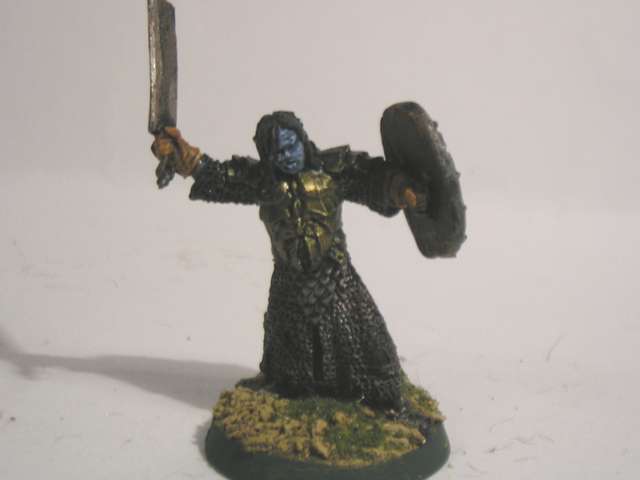 Finally, these two figures from the Redoubt American Civil War line - I painted them some years ago but never based them properly. They are part of my Irish Brigade project. General Thomas Francis Meagher, in his self-created green uniform: 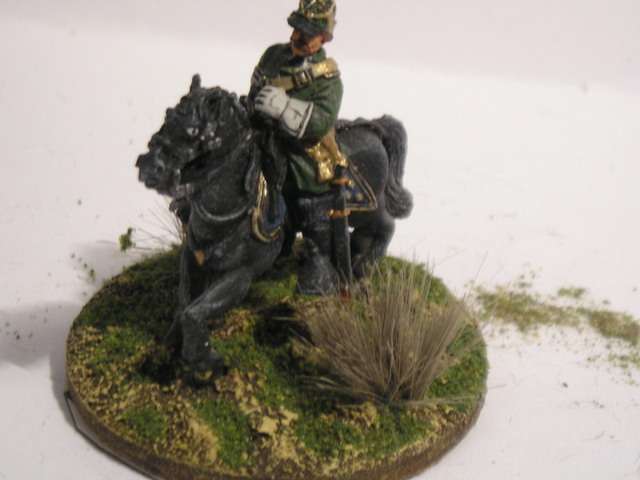 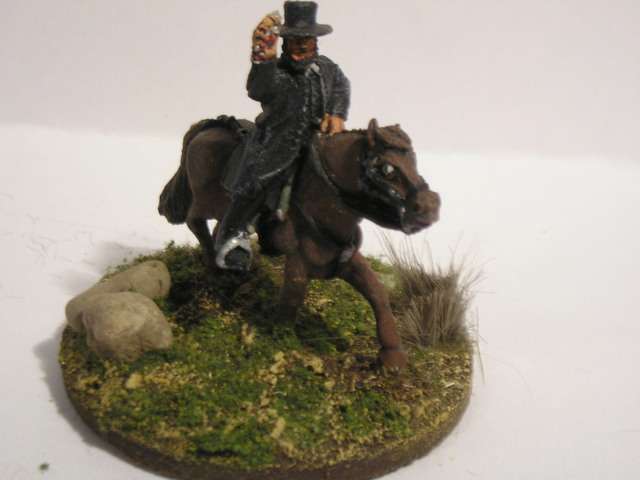 Corby and Meagher together; 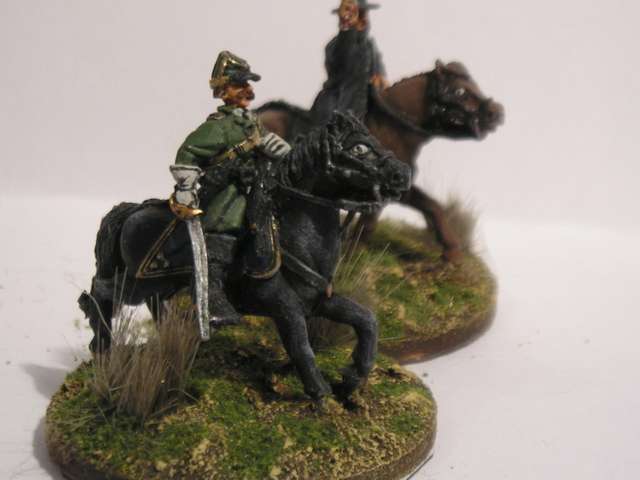 Hopefully I'll get some pics of my troll squashing dwarves when my son and I drop the gloves next time!
Posted by Mad Padre at 8:41 AM